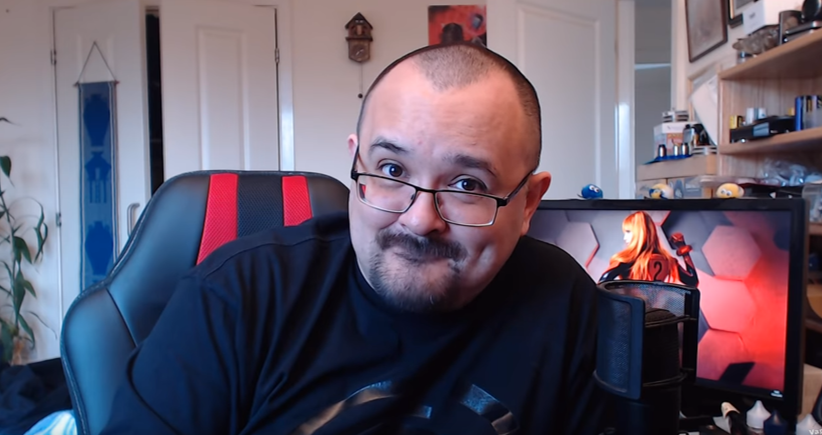 The YouTube reviewer and vape personality has been shocked by a break-in and amazed by the supportive response from the community.

Victor Mullin of YouTube review and vape news channel ‘Vaping with Vic’ says his studio was broken into sometime after midnight on January 17.

Stolen items are estimated to amount to between £7,000 and £8,000 worth of hardware – a mixture of vape gear and recording equipment used to maintain the channel. Forensics teams have inspected the area and the investigation is said to be ongoing.

Vic, who’s online persona has become a full-time business, was left with a recording studio that had nothing to record with and faced being a review channel with nothing to review.

This is not the first prominent case of a thief or thieves in Scotland targeting vape gear. In September last year, police in Tayside urged the local vaping community to be on the lookout for cheap vape gear following a break-in at a shop in Crieff. Earlier in March, Vaporized in Bathgate had suffered the same crime.

Vic worries that more shops and reviewers will be targeted and urges any sellers in the vape trade to take the right steps to protect themselves.

“If you are a vape shop reading this right now and don’t have full coverage insurance with a decent security system installed, I would recommend getting them.”

The recent boom in the industry has seen a dramatic rise in the quality of mods and adjacent equipment, and this may be making vaping a more lucrative target for crime.

“There’s a lot of money in vape gear. If you’re just a general thief who breaks into a vape shop with a carrier bag, that bag will carry about 30 SMOK kits. And then you’re out the door and away. The retail price on those kits can be anything from £70 to £80. If the thief sells them on for 30 a pop, they’ve made a fortune. They’re easy to take, easy to conceal and easy to transport.”

Now the Vapouround columnist fears he may have overshared on social media.

Vic says keeps viewers informed of his growing inventory for two reasons: to keep a record of everything, and to prove that if an item’s review happens too quickly after arrival, he has rushed the review. It keeps him accountable and his reviewing system transparent. He fears it may also have been noted by a thief.

“I ask myself if I should be so transparent on the channel sometimes. Everything that happens in the studio goes into my show ‘WATTS UP’ – I name everything coming in for review on Facebook. The place was broken into right after I brought in £1,500 worth of mods. Whoever did this also knew that I was about to move the show into the office next door, which has vastly superior security. And they left a whole shelf of mods sitting out in the open, taking the one mod worth more than the shelf combined. The thief knew their gear and how to get to it.”

All stolen mods were new, boxed and sealed, and had yet to be even opened, let alone reviewed.

In the immediate fallout, Vic put out messages on all of his social media accounts.

He soon received an influx of support from the online vape community, including his friends at the UK Vape Show, who shared a link to his PayPal and urged viewers to help.

Less than 24 hours after the incident, Vic revealed that his viewers had raised just over £4,000 – enough money to replace all camera equipment, the PC and microphones and the lenses for cameras. Vic put in an order for a computer first, and a new security system.

“I was absolutely shocked at how much was raised! I had no idea this much would be raised so quickly. No idea!”

Newly encouraged by the solidarity and generosity shown, he will press on – with cameras and alarms this time.

Vapouround Magazine requested a comment on the investigation from Police Scotland but have yet to receive a response.

About the Author: Aadil Popat

We use cookies to ensure that we give you the best experience on our website. If you continue to use this site we will assume that you are happy with it.Ok